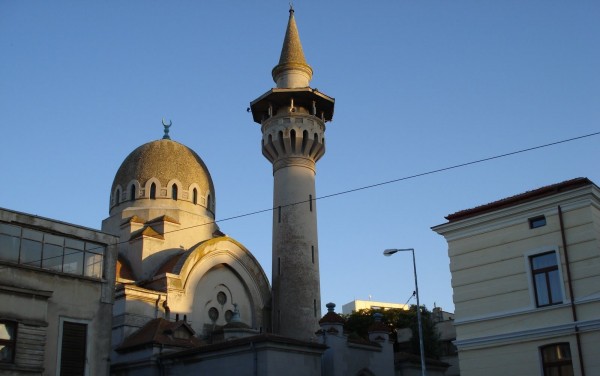 Carol I Mosque, located in Ovid Square area, is the main religious muslim edifice and one of the most beautiful architectural monuments of our land. The building started in 1910 at the initiative of King Carol I (which is why the building is named so) and was completed in 1913. The inauguration took place on 31st of May in the presence of the royal family and muslim representatives of Romania.
The project was conducted by Victor Stefanescu, one of the senior architects of the early twentieth century, and the building was raised by Gogu Constantinescu
Sharing a beautiful and unique mixture of Egyptian, Byzantine and Romanian architecture, Carol I Mosque is the first building in our country for whose construction reinforced concrete was used. A distinctive feature of the building is huge dome made of innovative materials listed above. Although many specific Muslim places of worship, is an architectural dome by Christian inspiration, more exactly, Byzantine.

After the inclusion of Constantinople to the Ottoman authorities in 1453, many Muslim religious buildings within the Empire had the prototype of great cathedrals and Christian churches, especially the Saint Sophia cathedral in Istanbul, converted into a mosque by the Ottomans. Another element that draws attention is a 47 meters high minaret that dominates the area, which can be observed even from the sea. Inside the tower, 140 steps guide visitors in a seemingly endless spiral to the terrace on top of the minaret, a great location from which you can admire the city panorama. Both on the top of the minaret, and the dome stands proudly the crescent moon symbol of Muslim world. 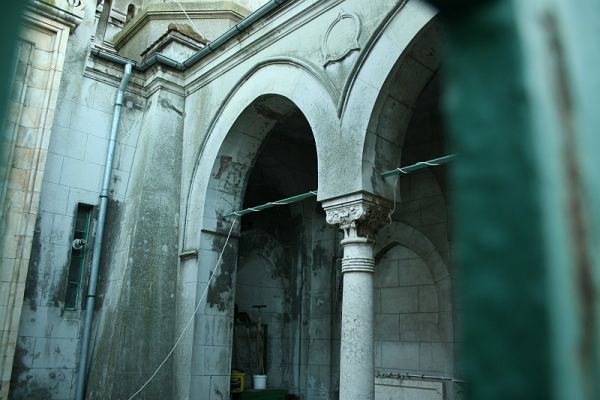 The access to Carol I Mosque will be made through two massive doors of black marble with bronze ornaments, handcrafted after those found in the palaces of sultans. Once you enter the room you will find a squared area of 14 meters sides lenght, and simple decor. Unlike Orthodox churches or Catholic cathedrals the interior is sober, so you immediately notice lacking ornaments, statues and religious images. The only objects that embellish the walls of the mosque are some small paintings and octagonal in Arabic letters that are submitted with the name of Allah and the Prophet Muhammad. Rising to the ceiling of the room , you will see it in the middle of a high dome surrounded by windows, in the center of which hangs a beautiful chandelier perfect balance of arabic inspiration. The room ceiling is painted in blue shades and simple floral design, taking us to think of the sky. The main element of worship that will capture your attention is the mihrab. It is a kind of altar where the Muslim priest called imam, is officiating religious services every day. To be able to form a picture of the mihrab, you should know that it has a niche as "carved" in the wall, facing Mecca.

All around you will see a dark band that are written with Arabic letters the 99 attributes of Allah. Looking to the right of the mihrab, you will see Minbar, the place where the imam preaches on Fridays and holidays.The holy place where everyone has access, Minbar is the way of Allah and appears as a wooden balcony with steps. The number of stairs is always odd and varies depending on the size of the mosque.
The Imam keeps preaching always sat with two steps down from the top step of the Minbar. Some hearing tile that covers the walls of the room was donated by the Turkish state in 1910 and is a very special place of worship. All the ceramic tiles are colored in shades close to those of the ceiling and decorated with floral patterns. 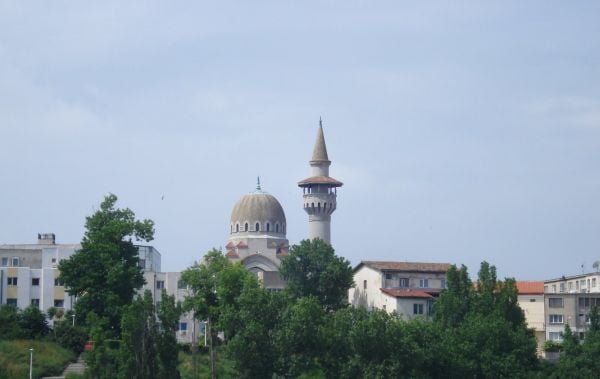 The mosque has many heritage objects among which the Abdul Hamid carpet, one of the oldest oriental rugs in Europe. The carpet, which has an area of 144 square meters and weighs about 500 kilograms, and it was donated by the sultan of the island of Ada Kaleh (piece of land located in the middle of the Danube, 3 kilometers downstream from Orsova).
The island sank in 1970 (following the Iron Gates I dam arrangement), and the carpet was donated to the mosque of Constanta. Another attraction of Carol I Mosque is the thermal center of the building - is the same since 1910 and still working.
Over time, Carol I Mosque was an attraction for all the lovers of Constanta and the old town area.
Like most buildings of interest, Carol I Mosque had periods of decline. In 1936, the journalist and playwright T. Soimaru reported that "nobody cares of the Central Mosque. The king made it and the sea will eat it. The salt and moisture infiltrated it and the doors were chattering from the cold . [...] the feet in the  carpets that are used and the famous carpet of Abdul Hamid is history. "

The passage of time did not allow the forgetfulness but as a shadow to fall over the beautiful Muslim place of worship, so the Mosque has undergone several repair processes. Currently, it attracts thousands of visitors, revealing the secrets of their lesser known religions in our country.
When you first step into a Muslim place of worship must know that the observance of rules of conduct is imperative. There are not many rules  and not unmanageable! First, it requires to be a decent outfit (if you can not comply with this rule, you can reschedule your visit). Before stepping inside the mosque should really take off your shoes, and if a job is in progress make sure to give mobile phones to silent, and do not go in front of people praying.

To admire the beauty of Carol I Mosque you have to remove from his pocket a small fee - 4 lei for adults and 2 lei for children and students. Opening hours are extended through the summer,from 8 am to 8 pm. In the rest of the season, Carol I Mosque closes its doors to visitors 5 pm.