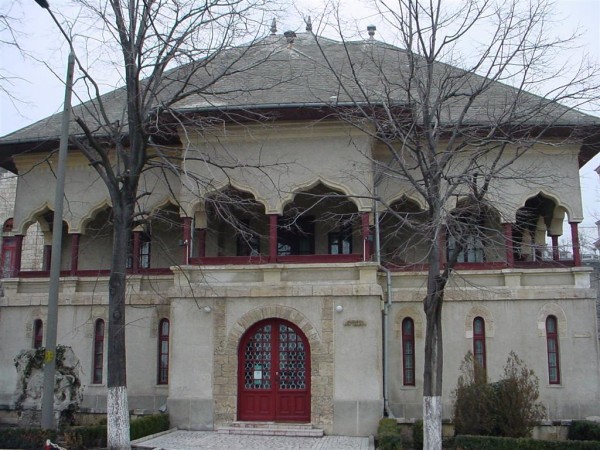 The Sculpture Museum Ion Jalea is located in the historical area of the city, at the end Elizabeth Avenue, a few steps from St. Peter and Paul Cathedral. The Institute is housed in a beautiful Brancoveanu style building built in the early twentieth century. Inside the museum there are exhibited over 200 works donated by the great sculptor  in 1969 and by his family in 1984 after his death.

The sculptor Ion Jalea was born on 19th of May 1887 in Tulcea, Casimcea village. Later, his parents moved to a village near Constanta (Ciorcarlia de Jos), at which the future sculptor link its destiny forever. In 1899 Ion Jalea begins the secondary school for boys at  "Mircea cel Batran" Gymnasium.

It is the period in which he discovered his talent for fine arts under the guidance of one of the most famous painters of the time. Supported by the City of Constanta, which granted him a scholarship, Ion Jalea continues his studies in Bucharest, deepening arts. The university and thren to Paris, where several mentors formed him as a master of fine arts. With Romania's entry into the war, Jalea, who was at that time 30 years old, returns to his birthplace where he enlisted in the army. A year later, the sculptor is seriously injured and, by a twist of fate, loses his left hand.
Passioned for sculpture but managed to overcome the limitations imposed by his disability the sculptor continues to "model" works with one hand. 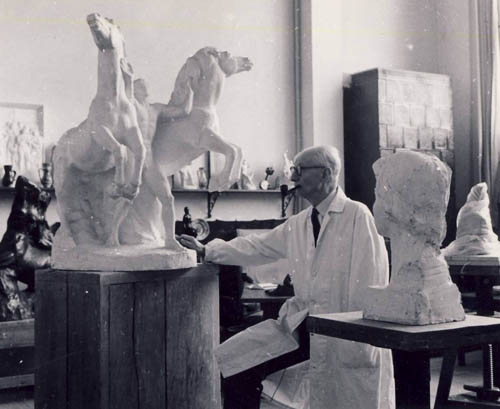 Throughout his career, Ion Jalea approached various thematic areas. His sculptures embody allegorical scenes, mythological sketches, legends, folklore, peasant figures, nudes, portraits, etc.. Christianity was one of the favorite themes of the sculptor. Evangelists, statues of Saints Peter and Paul and St. Panteleimon portrait works are some of the religious theme can be seen in the Museum of Constanta. Also, another powerful source of inspiration springs from its origins, based on rural life. From this thematic area you can enjoy the following worlks : "The Show", "People carrying bags," "The plow ',' peasant woman with pumpkins", "Woman with wheat ear". The sculptor was not limited to any chapter material, he managed his works in bronze, plaster, marble and other natural stone.

In 1968 Ion Jalea donates 108 art pieces to all the museums in Constanta. A small part of which was exposed in the main building of the museum, remaining works can be seen in the Museum of Sculpture Ion Jalea.
Among the works exhibited in both museums, you can find portraits of the artist's portraits of his parents and two daughters, and a portrait of the writer Liviu Rebreanu and a rare value Madonna's head statue.
In the museum's masement another important work of a beauty and overwhelming mastery can be seen: a statue with a height of 3-4 meters depicting Queen Elizabeth.
Ion Jalea passed away in 1983 in Bucharest, at the age of 96 years. After his death, his family has donated to the Constanta's museum some of his art works.

Ion Jalea Sculpture Museum can be visited between 9.00-17.00, except Monday and Tuesday when the institution keeps its doors closed.