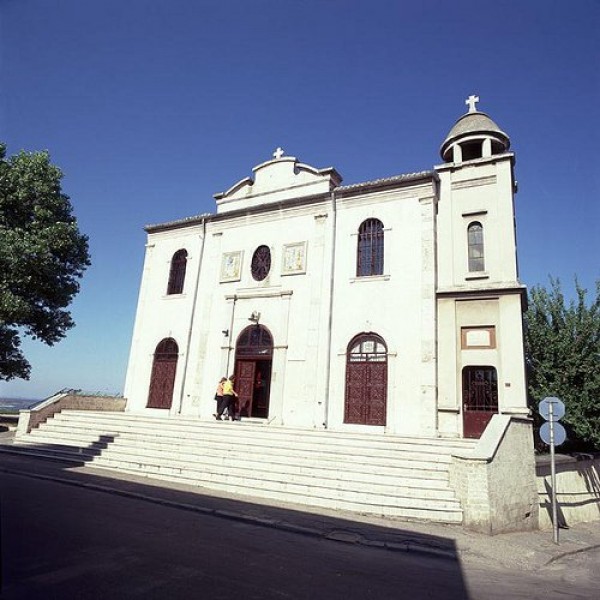 The Greek Church "Metamorphosis" is a small sanctuary located in the historical area of the city, on Mircea cel Batran street, close to the Modern beach. The story fo the beautiful church began half a century ago, back when Dobrogea was part of the Ottoman Empire, and marked "birth" of the first Christian place of worship in Constanta. The building was started in 1862 with the consent of the Sultan Mehmet Han Bin Abdul Aziz who responded so positively to the request of the Greek community to build a place of worship in the area.
The church building was designed by the Greek architect Iani Teoharidi's requirements imposed by the sultan, namely that the church should not be higher than any other mosque to be built in the city and as far away from the Turkish district.
The works were completed in 1867, although the facade of the building is inscribed as the year of completion 1868. The Metamorphosis Church has a height of only 10 meters, a length of 25 meters and 12.5 meters width and was not equipped with towers (tower which now rises on the right side of the church,added in 1947). To lift the church were used bricks and natural stones, the pillars were made of cedar, and the floor was covered with white marble from Greece. The doors and the windows are protected with beautifully crafted wrought iron bars. The interior has a hall with equal height and typical buildings reminiscent of Greek architecture.
Many of the objects that embellish the church today are very precious and were brought from abroad by ethnic Greeks, shortly before the construction of the shrine to be completed. Remarkable are the four Murano crystal chandeliers donated in 1862, six silver candlesticks brought from Constantinople, gospel with silver covers, many icons crafted in 1812-1870. One of the most important icons of the Greek Church "Metamorphosis" is what the St Fanourios portrays a very beloved saint of the Orthodox Greeks. The original painting of the church was done in oil painting which came from Mount Athos, but because of the candles smoke has been deteriorated and was replaced with a new one between 1988-1989.
Up to 1948 the celebrations in the Greek Church "Metamorphosis" was officiated by Greek priests, but with the departure of the last greek priest this sacred task returned romanian priests.
Another significant event in the history of the cult occurred in 1974. When Greek committee which managed the church  asked for financial reasons, its passage under the jurisdiction of the Romanian Orthodox Church.
The request was approved and came into the place of worship heritage of the Lower Danube and the Archiepiscopate of Tomis. Although today "Metamorphosis" is no longer kept than the specific name of place of worship Greek, there is a celebration that marks the Church and brings together ethnic Greeks of the city. It is the feast of Saint Fanourios, celebrated on August 27.
Currently, the Greek Church "Metamorphosis" arouses curiosity of passers by its small size and the uniqueness of its architecture. The beauty and its importance to the city made the place of worship to be formally declared historical and cultural monument of Constanta.