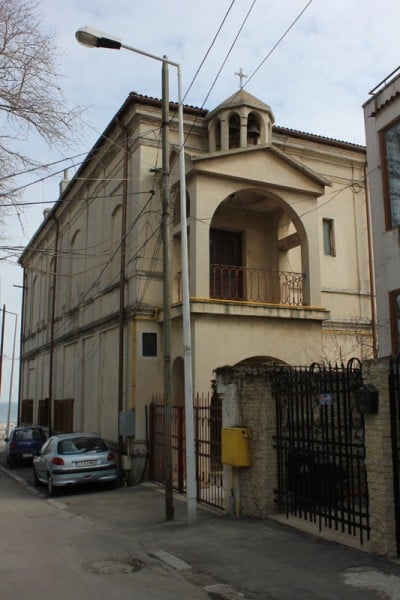 The Armenian Church of Constanta is dedicated to "Saint Mary" and is situated on the seashore, near the Greek Church,on Callatis street. Less known by tourists, perhaps because the building stands out through a spectacular architecture, theArmenian Church embodies Armenian people living on Doborogea area is a important poin on the multiculturalism map of Constanta. The first Armenians arrived in Dobrogea in the XVth century, settling the administration center in Babadag, then the Ottomans ruled the land between the sea and the Danube. Armenians came much later in Constanta, and according to historical notes, in 1740 they would have built a wooden church near the seashore.

The current Armenian Church is located in a building built in 1880 and has served as a school for children of the Armenian community. In 1940 the auditorium located on the first floor of the School with was transformed into a place of worship, that after was destroyed by fire. Due to lack of students the school was closed in 1948, and the Church took over the entire building.
Armenian Apostolic Church is a traditional and orthodox as the romanian churches, but there are small differences regarding the celebration of some religious holidays. In general, the Armenian Church Romanian Orthodox resemble the architectural point of view, having the shape of a vessel or cross and consisting of nave, narthex and altar. Since the Armenian Church in Constanta was located in an old school building, its architecture is different from the traditional houses of worship. Inside the church walls are painted, but are covered with large icons. The place of worship was renovated between 1990-1991 and 1998-2002 when they made inside improvements and alos roof and exterior plaster were renovated. Architectural changes have led to some wide arches, an open altar and typical Armenian bell located outside the building.
It should be noted that currently the services of this church are held in classical Armenian, a language that most believers do not understand. There are some exceptional situations such as mixed marriages when they are officiating in the romanian language.