The Statue of Mihai Eminescu

The Statue of Mihai Eminescu 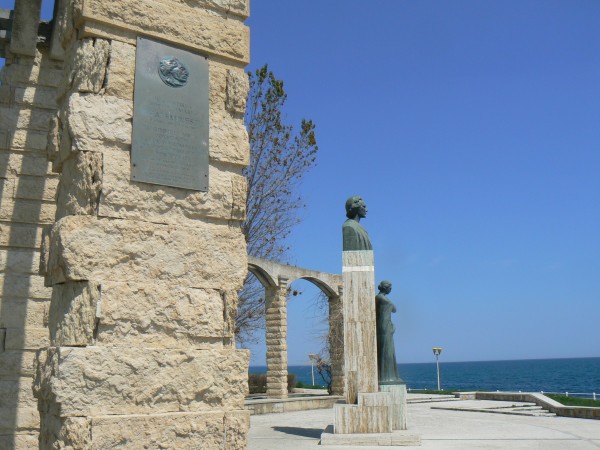 The Statue of Mihai Eminescu was executed skillfully in the early '30s by the sculptor Oscar Han. The monument is located near the sea, on the Caino's seafront, thus fulfilling one of the wishes expressed by the artist in one of his poem verse  "I have one desire ..."
"I have one desire:
In the silence of the night
Let me die
At the edge of the sea. "
The great writer Mihai Eminescu saw the sea for the first time in 1882, back when he was 32 years old. He stopped for 10 days to Constanta to make sea baths on clinical recommendation, hopelessly in love with the beauty and extent of water. Initiative ascension of a monument in honor of Mihai Eminescu belonged to I.N. Roman, brilliant lawyer, writer, journalist, politician and mayor of Constanta, who knew the poet personally. I.N. Roman was the one who was responsible for raising funds for the works. Unfortunately, the Constanta personality died in 1931, before the statue was finished. The statue of Mihai Eminescu, carved in 1932, was unveiled two years later, on August 15, on the Navy Day, in the presence of King Carol II. To mark the event, the king recited the first stanza of the poem "The Star" and the present choir sang "I have one desire."