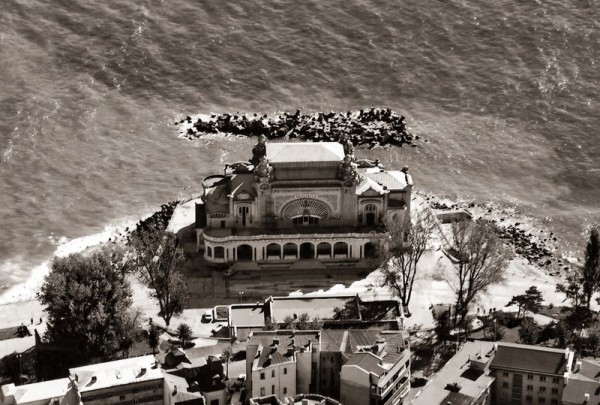 Always present in the tourists seaside photos and the postcards, Constanta's Casino is arguably the city emblem. An imposing building that exudes the air since his glory days, the Casino "watches" the Black Sea for over 130 years.

The Casino beginning binds Dobrogea to the romanian administration, the first building built on the seashore after the end of the Ottoman domination. More specifically, the first stone of the Casino was laid in 1880. At the time the settlement was located near Genoese lighthouse and was built on wooden structure and the outside was lined with boards. Inside, a dance hall, two game rooms and two lecture halls were arranged, where visitors could read the local press, national and international.

The Casino's terrace, landscaping the seafront was the favorite meeting place for sailors around the world, the tourists and the elite weather. Each summer, on the terrace were organized dancing evenings and concerts by top celebrities of the era, all that made on  local government expenses. 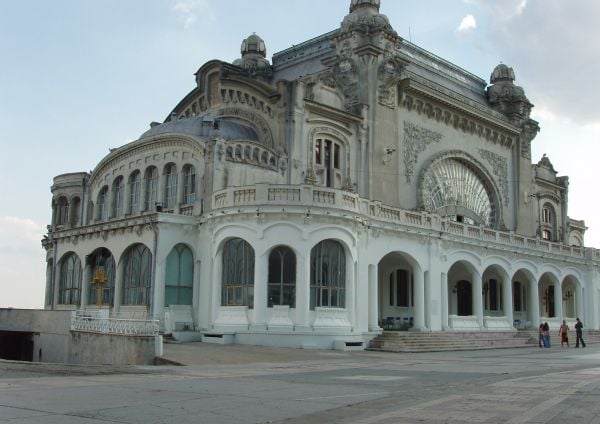 In 1891 the Casino described above is almost completely destroyed by a storm and the town hall decided to build a new one. In 1893 the new Casino is placed in service. The settlement was located around the site of the present Casino and was built on wooden structure, like the previous one. Inside the building were arranged more rooms and a ballroom, and continued with an outdoor terrace.
Reporting impressions of the casino at the end of the nineteenth century, the writer Peter Vulcan says: "As soon as we started to draw the flag of the party, whose feet rising from the waves, as long terrace is pushed above the sea. Inwardly singing cheerful music and dance yoke, the lanterns are hung out to the sea providing fairy light, under which women and gentlemen chatting intimately delighting in the sea before them, as in a thousand and one nights.''
In 1903, the local authorities decide it is time for Constanta to have a modern casino, like those on the "animated" French Riviera. Responsibilities for completing the project goes to Daniel Renard, a French-born romanian architect who lived in Constanta. He had to devise a building in Art Nouveau style, becoming the promoter of this current in Romania.
The new casino project was approved immediately by the administration, but was challenged by some of the public and opposition political parties, causing controversy. With the coming to power of the Conservatives, Renard's project was replaced with that of a romanian architect. Like a game of fate, the Liberals returned to power in 1907 and he returned the project to Daniel Renard. The works started in 1907 and were completed in 1910 at a total cost of  1,300,000 lei.
The building attracts both admiration and criticism. For example, citing the travel diary of a French diplomat, we find that "one thing is disappointing in these welcoming places: white casino picky complicated style of the most awful 1900 that loads the seashore." The casino does not escape criticism either by the local press which characterized as a "perk bouncer with all kinds of frills" , while journalists "Observatory" liberal publication, accusing the city mayor by  attempting to " thwart and prevent monstrosity ". Many of the contestants were annoyed by the asymmetric architecture of the building and construction elements, innovative features that made the discordant note in relation to the romanian neoclassicism. 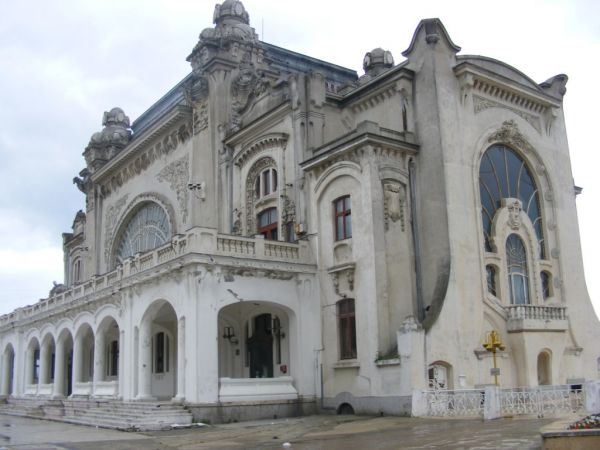 Despite the criticism, the Casino is inaugurated with great fanfare on August 15, 1910 in the presence of Prince Ferdinand. Considering the high cost of maintenance of the building, to March 15, 1911 thr local officials authorize gambling and the casino is equipped with 2 pool tables and 7 tables for card games.
Shortly after the inauguration, the seaside casino is one of the most popular establishments of its kind in Europe. Inside was a luxury  beautifully decorated walls, sophisticated chandeliers, expensive carpets and hardwood furniture. Access this exclusive world was allowed only to persons giving hand and held distinguished. Luxury mirage casino and gambling attracted wealthy people from all over the world, come incognito on the romanian lands. In the halls of the Casino is lived intensely, and drama are often consumed! There were many people who ruined the table, and they perished in the waves hurling themselves or putting an end to his days in a hotel room.

During World War the Casino functioned as a hospital but returned to its original destination in the interwar period. In the early '80s, thr casino "suffered" the last renovation, at which they have been added decorations and stained glass.
Currently, the Casino "guarding" the sea, is waiting to regain its brilliance. It can be visited free of charge, but such insight requires special attention, given the current state of the building. Even though shabby by time and fell into indifference of local authorities still inside the casino holds relics of the early twentieth century luxury.