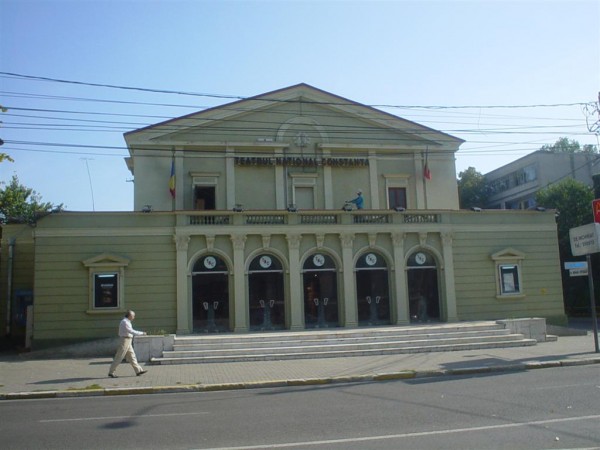 The Fantasio Theatre is one of the senior cultural institutions of the city and is located on the Ferdinand Boulevard, near the Archaeological Park and the City Hall. Founded on the first month of 1951 with the help of a team of passionate artists Theatre from Bucharest. The debout series of performances on May 2, 1951 started with "The lost letter" by IL Caragiale, and continued continously until now.
Throughout its work, the theater has given a constant attention to ancient artists works and contemporary dramas inspired by ancient mythology themes. In 1957 the premiere of the first art piece of ancient inspiration, the life story about thr latin poet, Ovid, written by a romanian play writer.
1978 is an important year in the history of the theater, the moment when the instituion stage, was organized for the first time in the history of the ancient theater, The National Romanian Theatre Festival, a major cultural event for Constanta.
The Constanta Theatre hosted over time, hundreds of romanian theater emblematic pieces, of which about 300 are rewarded. The Fantasio Theatre tied big creators names and interpreters: Jean Constantin, Manolache Mariana Cerconi brothers, H. Malineanu, Mihai Maximilian, Sasa Georgescu, Cornel Patrichi, Dan Spataru and many many others.