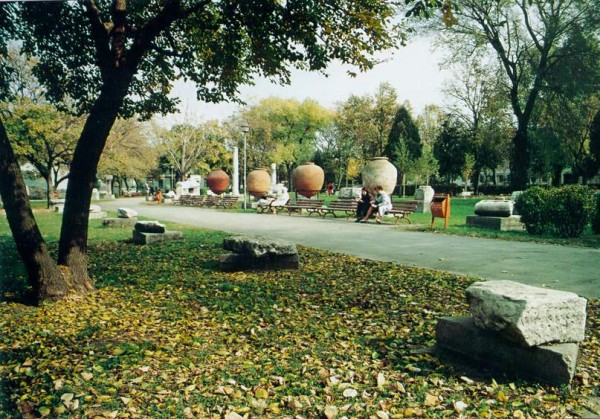 The Archaeological Park is an area with rich vegetation where the ancient Tomis spirit is still present. The park covers an area generally between Constantas City Hall and Ferdinand Avenue and its alleys seem to be a history museum exhibition halls. These are framed by columns, pottery and other historical artifacts dating back to the Roman-Byzantine stonghold. The Ferdinand Avenue side of the park, the Roman wall is still bordered by precinct, building dating from the third century BC and showing two gateways to the city. Here can be seen the remains of the Butchers Tower, rebuilt during the reign of Justinian, and a number of other architectural fragments of the ancient Tomis. On the building wall located in the eastern extremity of the park you can see ancient settlements from Dobrogea map, an objective achieved on a large scale and made ??of natural stone.

Litroalulromanesc.ro team recommends The Archaeological Park of Constanta to those who want to relax walking on land of the ancient fortresse of Tomis.