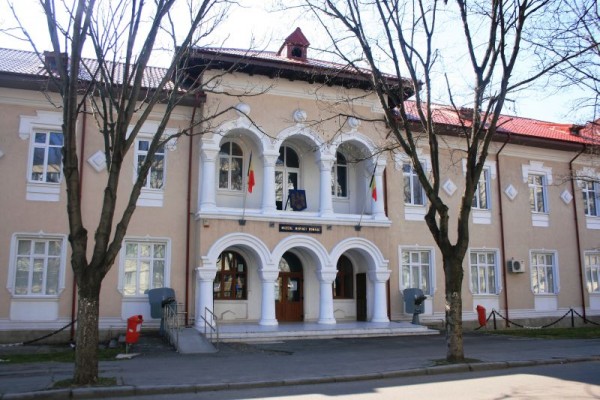 The Romanian Marine Museum of Constanta is the largest institution of its kind in Romania and contains precious testimony of evolution of romaniain military and civil navy. Located on Traian street, the museum is an imposing building that has a history as interesting as the exhibits it hosts. The edifice was built in 1909 and hosted by Marina High School, the first institution of higher education in Dobrogea.
The idea of founding a museum of Romanian Navy has emerged for the first time in 1919, with the disposal of some ships of the Romanian fleet. Despite repeated attempts, the idea did not materialize until late 60s at the initiative of Nicolae Ceausescu who has expressed a desire to visit such an institution. The Romanian Marine Museum was officially inaugurated on 3rd of August 1969.
The basis of the museum's exhibits is very large and chronologically organized, showing military and commercial history in our country, the evolution of navigation and navigational aids in the Carpathian-Danubian-Pontic area. The museum begins to recount the story of indigenous lands navigation from the ancient times. This era is illustrated with maps, stone replicas of the Greek and Roman ships  casts from Traian's Column and even some Daco-Roman soldiers in natural size and continue with original anchors and amphoras discovered under the Black Sea. The story continues with Medieval, a very well illustrated in the museum and binds primarily reigns of two of the most important Romanian rulers Mircea the Elder and Stephen the Great. In this section are displayed scale models of ships, traditional means of navigation, scenery of ships, a shipping kit that contains extremely rare pieces of navigation, etc..

The museum collections are not only unique, but alsospectacular. They capture knots, anchors - some of them with impressive dimensions, steerig, weapons of all kinds - from weapons made of Gauls to the artillery. Collection of model ships prominently among Romanian Navy Museum exhibits, including 150 military and civilian ships models that make up the fleet of the Romanian history. The museum contains an important collection of Navy uniforms. The first official outfit for Romanian sailors is dating from 1850, the year the uniform was introduced. The museum dedicates a special collection of personalities who made history in the romanian marine area and who have linked their name forever by it. Just two examples would be that of the sailor writer, Jean Bart, who in 1932 took steps for establishing a Navy museum in Constanta, and the officers Demetrius Stiubei, considered the greatest novel marinist.
We stop here for stringing chronological collections contained in the Romanian Navy Museum. We do not want to reveal too many details, but to leave you to discover all the museum collections in a visit that you will definitely consider as impressive.