The Folk Art Museum of Constanta

The Folk Art Museum of Constanta 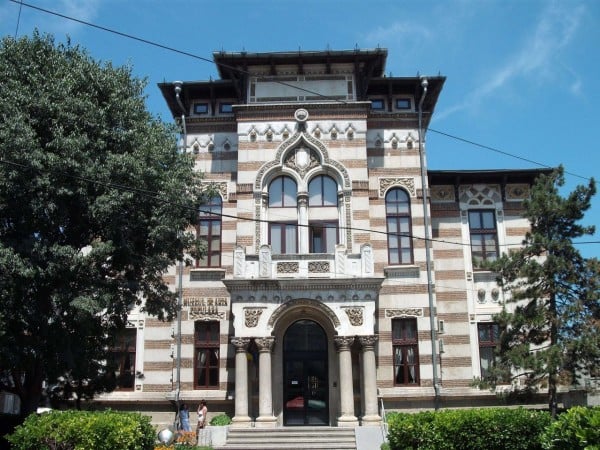 The Folk Art Museum is located in the historic area of Constanta on the intersection of Tomis Boulevard with Traian Street. The museum is hosted by a building with great significance for the history of the city. The building was built in 1893 and served for a time as City Hall, called then the Municipal Palace. Over time the building had other uses, but since 1975 houses the Museum of Folk Art, a leading cultural institution of Constanta.
The idea of creating a museum of ethnography at the seaside was born in the early '60s in diligently several similar institutions in the country: Brukental Museum in Sibiu, Folk Art Museum and Village Museum in Bucharest. Originally, the museum was conceived as an exponent of ethnography of Dobrogea, so that in 1975 the first exhibition that offers a view of traditional village life congealed over Dobrogea was organized. Ten years later, however, expanding takes over the other ethnographic areas of the country. An important moment in the Folk Art Museum of Constanta existence occurred in 1990 when the museum acquired a legal personality. Since then, the institution continues to be a remarkable presence in a world where traditions, customs, folklore and Romanian garb are threatened by excessive modernization that swept the society.

Currently the Folk Art Museum hosts an impressive heritage of Constanta area, consisting of over 15,000 artifacts illustrating the folk culture from different parts of Romania. The museum galleries  provide wonderful collections of icons painted on glass and wood, ceramics, costumes, carpets, fabrics, ornaments and tools used by the romanian peasants. Household objects can be found in an impressive variety, being made of wood, metal or ceramic covering a large geographical area. Of heritage objects is a remarkable collections of folk and fabrics for household and decoration. The richness of color and floral designs, vegetal, zoomorphic, anthropomorphic, alternating with stripes and other geometric shapes create the beauty of the ornamental compositions.
Except Monday and Tuesday Folk Art Museum is opened to the public providing the beauty, uniqueness and diversity of Romanian folk culture between the 9 am and 5 pm. The institution regularly organizes events designed to highlight various themes of folklore and Romanian culture. Inside the museum the entrance fee is: 8 lei for adults, 4 lei for groups of adults and  2 lei for students in organized groups.