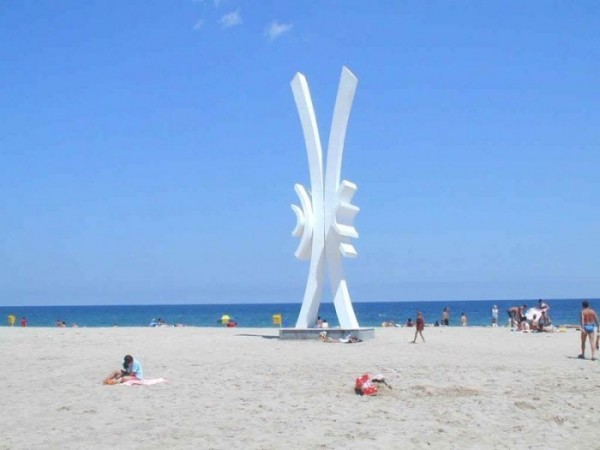 The Obelisk is the symbol of Costineti resort and  was built in 1970 on the beach who later took the name. Over the time, the obelisk has become the meeting point for young people and the place where most concerts and events are held in the summer holiday.
In 2005 the obelisk was destroyed by the floods that have caused damage in the resort. Since the old monument could not be recovered from under the pile of soil and sand that covered it, the local authorities decided to build a new Obelisk. So, a year later, a new Obelisk raised. The new monument is much more robust and impressive, measuring 18.5 meters and weighting around 200 tons.