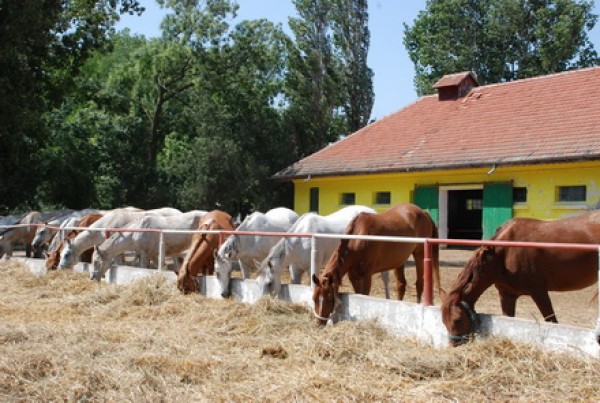 The Stud Farm of Mangalia is positioned approximately 3 km north of Mangalia and about 500 meters from the Black Sea. Established in 1926,  the sutd farm of Mangalia Stud is the largest complex of its kind in South-East Europe and hosts approximately 350 thoroughbred horses, such as arabian thoroughbreds and ponies. Regularly stud horses are trained on the seafront between Saturn and Venus resorts, offering the tourists gathered on the beach a very nice show. Mangalia's Hippodrome has an area of ??19 ha and is one of Romania's racing designed arena. Every summer the stud farm hosts competitions attended by studs and breeders across the country.
Apart the livestock profile, the stud farm is an excellent leisure center and a famous tourist attraction. Trotting and galloping racecourses at the resort are well equipped and  riding is well practiced. Also, the tourists can perform recreational walks on the beach, or on horseback or by carriage.