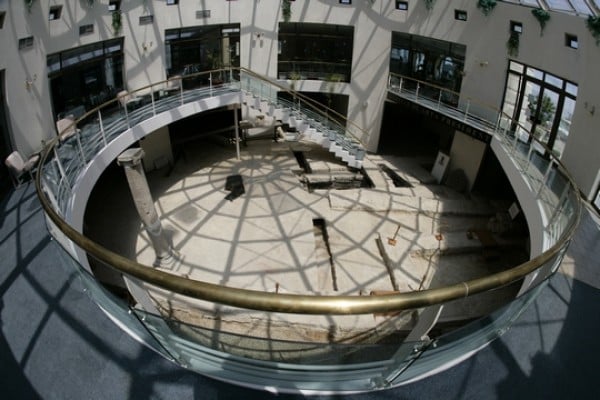 The Biyzantine Edifice from Mangalia is a historical monument dating back to the fifth and sixth centuries BC. Historic artifacts were discovered between 1993-1995 on the ground of President Hotel and were included in the accommodation building, where a museum was opened. Rectangular ensembled, built of large limestone blocks linked together with lime mortar, previously stretched almost to the town beach and consisted of several rooms. The west side of the building was occupied by a large hall paved with limestone slabs with columns of which today can be seen only th the basis. In the north there are three small grouped rooms and stands in the east atrium around which runs a corridor lined with marble columns supporting the roof of the last building. In the south aisle there are, as mentioned, another group of three small rooms, each is paved with limestone. We now keep only some of the rooms above. In the museum, arranged inside the hotel you can find exposed ceramic vessels used for storage and transportation of food, and architectural fragments discovered in the Byzantine Edifice.