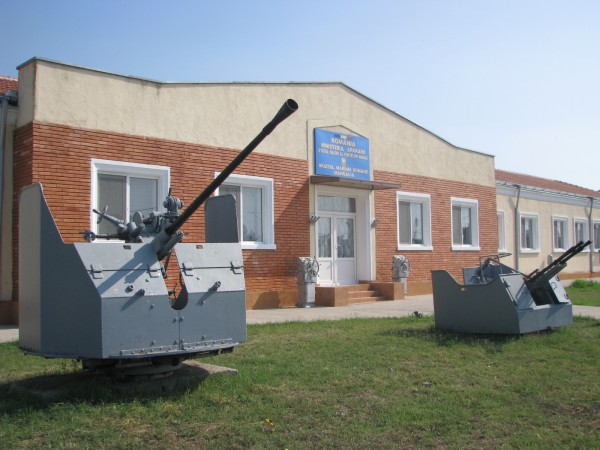 The Marine Museum of Mangalia was built in 2004 in one of the buildings of the disused barracks. The Institute is conceived as a museum dedicated to naval technology and highlights the port of Mangalia activity between 1952 and 2000. In the two halls of the museum an impressive collection of military equipment and heritage objects depicting the recent history of the Navy are arranged. Besides the two halls inside the museuma library that spans volumes  is organized. Much of the museum's exhibits are arranged in the front yard of the museum, where you can admire an impressive collection of naval and anti-aircraft artillery, ships and other seafaring items.