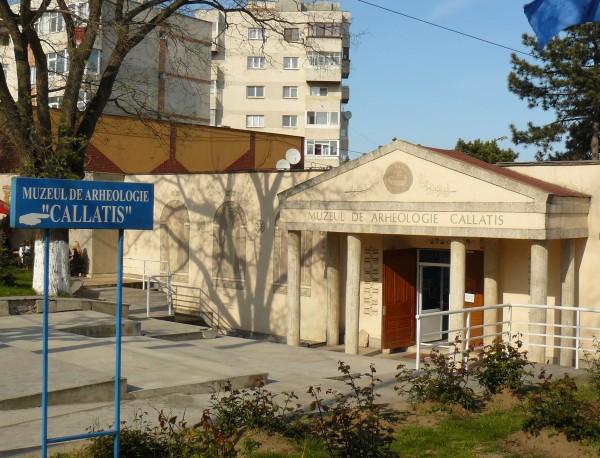 The CALLATIS Archaeological Museum from Mangalia is an institution dedicated to showcasing and preserving historic remains of the old Callatis stronghold. The museum was inaugurated in 1959 after the modernization of the city have unearthed countless artifacts from the following periods: Neolithic, Greek, Roman and Byzantine. The Museum of History and Archaeology from Mangalia includes a variety of objects with historical significance, since exhibits found in the museum and ending with archaeological monuments on the territory of Mangalia: Callatis defense wall of the city, the Roman-Byzantine necropolis and the Prince's Tomb. At the exhibition organized by the museum visitors can admire  columns, capitals, friezes with metopes, pottery, amphorae, lamps, statues, glass vases, funerary stars, inscriptions, representations of deities, ornaments and jewelry, coins, tools and more other objects of historical significance. A very important exhibit of the museum is the tomb of the papyrus, dating from the fourth century BC. The papyrus discovered inside the tomb was written in Greek and is the oldest document revealed in our country.
The Museum of History and Archaeology in Mangalia is open daily starting at 08.30 and gets its visitors until 19.30 during the off season or 16.30 in season.