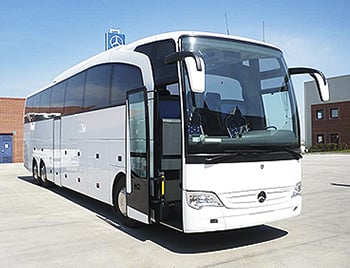 Information about transportation to seaside

Constanta city and the Black Sea resorts are connected with the rest of our countrysi through a modern infrastructure. According to the destination area of our seaside, many routes are available. In the following words we will present you the most popular routes which bring tourists on the seaside year by year.

1. A2 Sun Highway is the main route that connects the romanian seaside with the rest of the country. Starting with 2012, the A2 highway directly connects Constanta city to Bucharest over total lenght of 202 km and representing the best choice for tourists traveling from Muntenia, Ardeal, Maramures si Banat areas.

The higway entrance will be made from Bucharest no matter the area you’re comming from. Here the highway directs all traffic to the seaside, shortening the trip lenght and quality. On the way, the highway is sprinkled with parking lots and gas stations. As you probably aready know, the traffic rules on the highway is special, therefore the drivers cand speed up to 130 km/hour. At the moment there is no highway fee, but only a bridge pass over Danube river, near Fetesti town on both directions.

2.For a easy acces to the southern resorts, the tourists cen enjoy starting with 2012 of a new highway :A4 Higway. Baeing thought as a detour route of Constanta, A4 connects Ovid town, located in northern Constanta and Agigea town located in the south. A4 has a total lenght of aproximately 20 km and intersects with the Sun Highway right at the exit of Constanta city.

3. E60 road connects Bucharest and Constanta on the route: Urziceni - Slobozia - Tandarei - Giurgeni - Harsova - Mihail Kogalniceanu - Ovidiu - Constanta (Mamaia). This route has a total lenght of 268 km and can be traveled in 3 hours, according to tthe traffic conditions. This route represents a good option for tourist traveling from southern Moldavia and from norhern or north-eastern Muntenia areas.
From E60 route you can reach the southern seaside resorts more easily by taking the A4 route from the entrance of Ovid town.

4.E87 road is the main road that connects Braila, Tulcea and Constanta on the following route: Macin - Tulcea - Babadag - Baia -Mihail Kogalniceanu - Ovidiu - Constanta (Mamaia). The distance between Braila and Constanta is of 220 km and can be traveled in aproximately 3 hours, according to traffic conditions. From Constanta, the E87 road provides the acces to all southern seaside resorts on the following route: Constanta - Agigea - Eforie - Tuzla - 23 August - Mangalia - Vama Veche. To avoid the Constanta’s crowded streets, at the entrance of Ovid town the tourists have the possibility to drive by the A4 highway and reach morea easily the southern seaside resorts.